­Finance professionals look to the future for the most important questions regarding the value implications of any decision. In short, the source of all value today is future performance as manifested in cash-flows.

Would you be indifferent to a dollar received today and a dollar received in ten years? Clearly, no. So, ­finance prescribes thinking about the free cash-flows an asset will generate in the future and figuring out what they are worth now.

This core idea in ­finance is something really simple: $1 today is worth more than $1 a year from now.

That differential depends on the opportunity cost of that money. What opportunity for earning a return are you giving up? What could you have done with the money if you didn’t have to wait? Once you ­figure out the cost of waiting, you then “punish” that future cash-flow by assessing a penalty that accounts for that opportunity cost. That’s called a discount rate. The idea of punishing cash-flows may seem odd, but that’s literally what you’re doing in discounting-you’re punishing people who make you wait to receive your money because you don’t like to wait and because you could have done something with that money if they hadn’t made you wait.

How can we operationalize the idea of the time value of money and the notion of opportunity cost? One simple way is by using the notion of an interest rate. Let’s say that if you put money in the bank today, you’ll earn 10 percent, and then one year from now, you’ll end up with $1.10. Fundamentally, that makes you indifferent between $1 today and $1.10 a year from now. That’s the fi­rst clue why $1 today is worth more than $1 a year from now.

For example, say you want to ­figure out how much $1,000 received one year from now is worth today. Assume that a bank offers you an interest rate of 5 percent, and that is the relevant alternative investment you would have made if you had that money now. You can use the method described to calculate that a $1,000 payment received one year in the future has a present value of $952.38 using that 5 percent. If you give the bank $952.38 today, it will give you $1,000 next year. 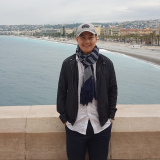