Financial markets serve an important economic purpose by channeling funds from households, businesses, and governments that have saved money by spending less than they earn to those who need money and want to spend more than they earn.

In the Financial markets, the lender-savers, who have saved and are lending monies, are on the left, while the borrower-spenders, who must borrow funds to finance their spending, are on the right. Households are the primary lender-savers, but businesses and the government (particularly province and local governments), as well as foreigners and their governments, occasionally have excess funds and lend them out. Businesses and the government (especially the federal government) are the most prominent borrowers, although households and foreigners also borrow to finance their purchases of vehicles, furniture, and residences.

You would gladly pay some interest to acquire a home while you are still young enough to enjoy it if a financial market were formed up such that people who had built up savings could offer you the funds to buy the house. You would then repay your debt over time. If this loan could be made, both you and the people who made the loan would be better off. They’d get some interest now, whereas they wouldn’t have gotten any if the financial market didn’t exist.

Consumers’ well-being is directly improved by well-functioning financial markets, which allow them to better time their purchases. They provide young people money to buy things they want and can eventually afford, rather than forcing them to save up for the entire purchase price. Financial markets that are well-functioning increase the economic well-being of all members of society. 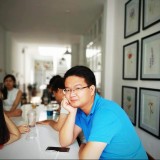